US Hiker survives after dying!

Man dead after 45 minutes revives. Every so often we see examples as to why learning and performing CPR effectively is so important.
Channel 9 news in Seattle on November 7th reported a hiker found a man lost at Mount Rainier amid Freezing Conditions. The man was taken to a Seattle Hospital, according to Dr. JEnelle Badulak, “He died while he was in the ER”. He was dead for 45 minutes.

Often we are asked about Hands Only as a method of performing CPR.  The problem with hands only is that your body only holds Oxygen for 6 minutes.  Without oxygen to the brain, the brain begins to die.  National statistics state the average Ambulance arrival takes about 12 minutes, You can see there is an oxygen problem with the Hands Only method.  This method was only developed for those who were not trained in CPR or the face was compromised.

Was this hiker at Mt Rainer a fluke?  Read on!

A father who was declared dead after his heart stopped for 45 minutes has baffled doctors by coming back to life moments after they stopped trying to revive him.

Tony Yahle coded for 45 minutes after his family found him not breathing. Dr. Declared him dead on Aug 5th 2013.  When the family was to view his body, Yahle showed signs of life.  His son, first to enter Yahle’s room pointed at him and said “Dad,  Your not going to die today.’  As his son started to leave the room, that is when his heart started beating.  Yahle was unconscious for 5 days and then was sent home.  No Brain damage  or heart damage.

Latest changes in cpr further improves our ability to survive. 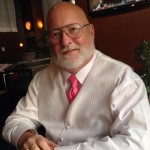 Who we have trained

This site uses Akismet to reduce spam. Learn how your comment data is processed.

search for class or product

CPR Safety Services, Open For You! 2021 . Powered by WordPress

We take ultimate precautions to disinfect & protect you from the Covid Virus. Each Staff member is vacinated. Dismiss